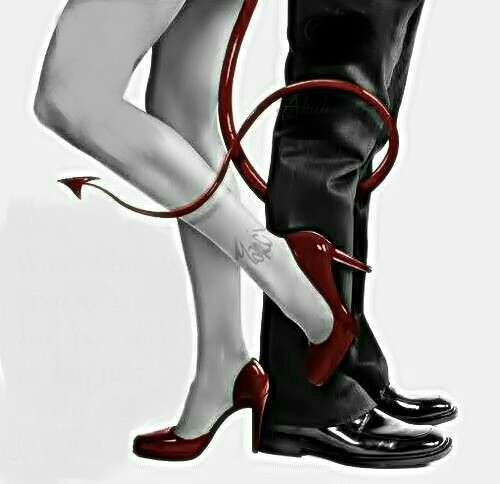 Every day my blog article “Prayer For the Other Woman” is read. It truly reveals to me how pervasive and widespread the enemy’s campaign for adultery has infiltrated marriages. I want to remind you that “We’re not waging war against enemies of flesh and blood alone. No, this fight is against tyrants, against authorities, against supernatural powers and demon princes that slither in the darkness of this world, and against wicked spiritual armies that lurk about in heavenly places.” –Ephesians 6:12, Voice.

I know it may appear that you are contending against the other woman or other man in your stand for your marriage; but that simply is not the case! That person who has stepped between you and your spouse to divide you and conquer your marriage–there is an enemy king or principality that is behind the attack. That person is merely a puppet being used, so you must armor up in the full armor of God and wage war by fighting in the Spirit!!!

“And this is why you need to be head-to-toe in the full armor of God: so you can resist during these evil days and be fully prepared to hold your ground.” — Ephesians 6:13.

See Ephesians 6 about the whole armor of God! The enemy is no competition against God!

In the Bible book of Joshua, I have been reinforced in the battles I am facing in my life! God reveals that His promises are ours for the taking and that we have the victory as long as we walk with Him in obedience. Keep walking with Him in your stand for your marriage. You are in a war, but you can declare to the enemy king you face because we do not war alone, for “The battle belongs to God—he’s handing you (the enemy) to us on a platter!” –1 Samuel 17:47, Message, parentheses mine.

“Now it happened after the death of Moses the servant of the Lord, that theLord spoke to Joshua the son of Nun, Moses’ servant (attendant), saying,2 “Moses My servant is dead; now therefore arise [to take his place], cross over this Jordan, you and all this people, into the land which I am giving to them, to the sons of Israel. 3 I have given you every place on which the sole of your foot treads, just as I promised to Moses.4 From the wilderness [of Arabia in the south] and this Lebanon [in the north], even as far as the great river, the river Euphrates [in the east], all the land of the Hittites (Canaan), and as far as the Great [Mediterranean] Sea toward the west shall be your territory. 5 No man will [be able to] stand before you [to oppose you] as long as you live. Just as I was [present] with Moses, so will I be with you; I will not fail you or abandon you. 6 Be strong andconfident and courageous, for you will give this people as an inheritance the land which I swore to their fathers (ancestors) to give them. 7 Only be strong and very courageous; be careful to do [everything] in accordance with the entire law which Moses My servant commanded you; do not turn from it to the right or to the left, so that you may prosper and be successful wherever you go. ” –Joshua 1:1-7, Amplified.

Claim God’s promises and victory for your marriage!!! No enemy can stand against your stand for your marriage because you are victorious in Christ Jesus! God is with you and He fights for you!

Pray for that “other woman/man” who is contending against your marriage–NOT TO BE “MR./MRS. NICE GUY/GIRL” OR A PUSHOVER. PRAY for that puppet of an enemy king because sometimes people don’t even know they are in the path of destruction and an enemy of GOD !!!  That person needs to get the fear of God so that they can be delivered from the enemy camp that’s using them and GOD can turn it around in your favor that what the enemy used to deceive will SERVE YOUR MARRIAGE FOR ITS GOOD!!!

SEE how Joshua was fooled by the Gibeonites! When they had heard of how God was with Joshua and Israel and how they defeated everyone who went against them, they pretended they were not inhabitants of Canaan and sought a covenant of peace with Israel so that they would be spared destruction! The “Prayer for the Other Woman” is in line with God’s mercy. The Gibeonites deception to Joshua was discovered but not until after Joshua made the covenant of peace with them. Joshua cursed them to love a life of servitude to the people of Israel for all time! (See Joshua chapter 9).

By making peace in praying for the other woman or man, you will make headlines in the spiritual realm and the enemy will rally more enemy camps to come against your marriage. You may see an increase in marriage strife and confusion, but that is because your prayer for the other woman/man caused damage in that enemy camp!

“Come up to me and help me, that we may attack Gibeon, for it has made peace with Joshua and with the children of Israel.” 5 Therefore the five kings of the Amorites, the king of Jerusalem, the king of Hebron, the king of Jarmuth, the king of Lachish, and the king of Eglon, gathered together and went up, they and all their armies, and camped before Gibeon and made war against it.” –Joshua 10:4-5, NKJV.

Gideon was delivered and covered under God’s protection as a result of their seeking the covenant of peace with Israel. As a result of your prayer for the other woman/man, God may bring them out of the path of destruction and into His covering under the Blood of Christ! They may seek Jesus the Prince of Peace who is King of kings!!! Hallelujah!!!!! According to God’s promise in Romans 8:28:

“And we know [with great confidence] that God [who is deeply concerned about us] causes all things to work together [as a plan] for good for those who love God, to those who are called according to His plan and purpose.”

AMEN!!!! God is more than ABLE to use the adultery that is warring against your marriage to bring you and your spouse to a victorious, righteous end!!!!

Just as Joshua brought out the 5 Amorite kings from the cave they hid in, killed the kings, hung them back, and put them back into the cave they were hiding in and sealed it as their tomb, GOD is vanquishing the enemy from your life!!!!

“Then Joshua said, “Open the mouth of the cave and bring out to me those five [Amorite] kings from the cave.” 23 They did so, and brought these five [Amorite] kings out of the cave to him—the king of Jerusalem, the king of Hebron, the king of Jarmuth, the king of Lachish, and the king of Eglon. 24 When they brought these kings out to Joshua, Joshua called for all the men of Israel, and told the commanders of the men of war who had gone with him, “Come up close, put your feet on the necks of these kings.” So they came forward and put their feet on the necks [of the five kings]. 25 Joshua said to them, “Do not fear or be dismayed (intimidated)! Be strong and courageous, for this is what the Lord will do to all your enemies against whom you [are about to] fight.” 26 Then afterward Joshua struck them [with his sword] and put them to death, and he hung them on five trees; and they <span data-fn=”#fen-AMP-6091f” class=”footnote” data-link=”[f]” style=”box-sizing: border-box; font-size: 0.625em; line-height: 22px; position: relative; vertical-align: top; top: 0px;”>[f]hung on the trees until evening.27 At sunset Joshua gave a command, and they took the bodies down from the trees and threw them into the cave where the kings had hidden themselves, and placed large stones over the mouth of the cave, [where they remain] to this very day.” –Joshua 10:22-27.

The enemy of your marriage, your family, your health, your finances– GOD IS destroying your enemies so that they will be no more!!!!!

The 5 Amorite kings fighting against you, contending from the enemy camps in the North, South, East, West, and the one that stands before you in your marriage ARE DEFEATED by the Blood of JESUS who was killed and sealed in a tomb BUT ARISEN AND NOW AT THE RIGHT HAND OF GOD!!!!!!! Declare and Receive the victory now IN JESUS‘ NAME!

“When He had disarmed the rulers and authorities [those supernatural forces of evil operating against us], He made a public example of them [exhibiting them as captives in His triumphal procession], having triumphed over them through the cross.” –Colossians 2:15, Amplified.

HALLELUJAH!!!!! Know that GOD IS WITH YOU! IN CHRIST JESUS, THE VICTORY AND PROMISES OF GOD ARE YOURS!!!

2 thoughts on “The Enemy king Against Your Marriage”