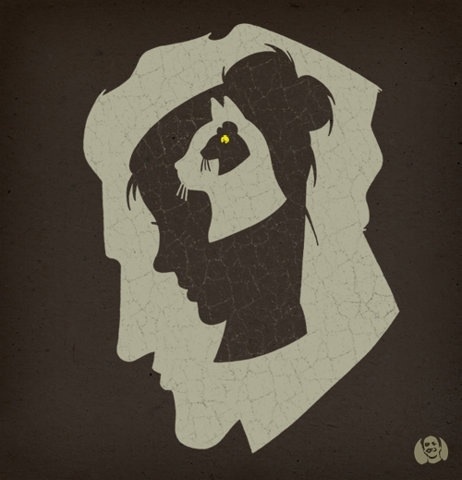 When we enter into marriage, we generally carry baggage–the memories of our past hurts and betrayals from the disappointments in our relationships with our parents, friends, family, and prior romantic partnerships. Although those incidences which occurred and caused pain dissolve into memories, certain memories nestle together and become powerful enough to directly influence our behavior and thinking in ways that tear down our spouse and our marriage. We must become alert to the fact that this is a scheme of Satan to manipulate us so that we are blocked from being able to walk in the freedom afforded us by Christ! His ploy is that we remain imprisoned in shackles as prisoners of our minds, our past, our emotions, belief systems–by FEAR so that we do not operate in the fullness of Christ’s love in our marriage.

A sister in Christ who is married and a saved woman of God, contacted me for help. She is at her wits’ end and is weary of the paranoia she is haunted by concerning fear that her husband(who is also saved and who has not given her any reason to doubt him) will commit adultery. She was hurt in the past and concludes that all men inevitably cheat and lust after other women. She generalizes that it is just a fact of life that she will be cheated on and carries that belief system over unto her husband who is tired of her accusations. This is the response I shared with her below.

Hello, dear sister in Christ! I’m sorry you are going through this In your marriage. You have the power and the authority as a believer in Christ to break this stronghold. Set free by Jesus–you are saved and free, indeed–means you can be delivered from those strongholds. But you have to believe that you are freed by the Blood of Jesus! You have authority in speaking the Word of God over your spouse and yourself. When those obsessive, paranoid thoughts clamor, you have to stop them with His Word. Speak them aloud, then play worship music. Pray to your Father. He will give you the strength and understanding to conquer these thoughts. All of your thoughts are not your own. Therefore, when they “pop up” in your mind understand that it is the enemy trying to destroy your marriage through your thoughts. Because thoughts set the stage for behavior and your thoughts are flooding you with fear. That confusion is from the devil, dear. Not from you. He is building on all the past hurts, and you are still carrying that burden. There is no fear in love. That fear comes from the enemy who is trying to have you walk around in fear rather than the full trust in The Lord that no matter what man does to you, you are LOVED BEYOND MEASURE!!!!
NOTHING AND NOONE should have the power to take our joy, peace, or sense of security away from us because we need to be concerned with the One who can destroy more than our body. The One who can send the soul to everlasting fire in Hell. Nothing anyone does or can potentially do can take us from the hand of our Father, Sister. You are free!!! Walk in it!!! Declare it by Jesus’ name!!! We have authority; but the enemy will have us walking around as if we are not free even though we are!!! You accept Jesus as Savior and Lord and believe that He died for us and rose from the dead in 3 days. He went to Hell and TOOK BACK THE KEYS OF DEATH THAT THE SATAN STOLE WHEN he USHERED IN SIN THROUGH ADAM AND EVE IN THE GARDEN OF EDEN!!!! I SAID HE TOOK THEM BACK!!!! He personally went to the bowels of Hell in ALL OF FATHER GOD’s GLORY AND LIGHT AND POWER!!!!!and took back the keys and led “CAPTIVITY CAPTIVE!!!” The captivity and bondage of the devil–JESUS CHRIST LED THE BONDAGE AS HIS CAPTIVE UNDER THE GLORY AND AUTHORITY OF THE FATHER!!!!! Understand that the enemy only has power that we allow him to have. Sure, he can cause confusion and chaos in our lives, but he cannot have us!!!! He cannot take our souls down to the pit of Hell with him and his minions. We belong to our Father as His children bc of what Jesus did for us in His Father. There is POWER available to us IN HIS WORD!!! JESUS SAID “18 Truly I tell you, whatever you forbid and declare to be improper and unlawful on earth must be what is already forbidden in heaven, and whatever you permit and declare proper and lawful on earth must be what is already permitted in heaven.
19 Again I tell you, if two of you on earth agree (harmonize together, make a symphony together) about whatever [anything and everything] they may ask, it will come to pass and be done for them by My Father in heaven.” (Matthew 18:18-19).

THEREFORE, DO NOT BELIEVE IN YOUR MEMORIES, YOUR PAST, THE FEAR!!!! BELIEVE IN THE WORD OF GOD AND BELIEVE WHAT JESUS SAID!!!

Luke 10:17-20 “17 The seventy returned with joy, saying, Lord, even the demons are subject to us in Your name! 18 And He said to them, I saw Satan falling like a lightning [flash] from heaven. 19 Behold! I have given you authority and power to trample upon serpents and scorpions, and [physical and mental strength and ability] over all the power that the enemy [possesses]; and nothing shall in any way harm you. 20 Nevertheless, do not rejoice at this, that the spirits are subject to you, but rejoice that your names are enrolled in heaven.”

Ephesians 4:8-16 “8 Therefore it is said, When He ascended on high, He led captivity captive [He led a train of vanquished foes] and He bestowed gifts on men. 9 [But He ascended?] Now what can this, He ascended, mean but that He had previously descended from [the heights of] heaven into [the depths], the lower parts of the earth? 10 He Who descended is the [very] same as He Who also has ascended high above all the heavens, that He [His presence] might fill all things (the whole universe, from the lowest to the highest).
11 And His gifts were [varied; He Himself appointed and gave men to us] some to be apostles (special messengers), some prophets (inspired preachers and expounders), some evangelists (preachers of the Gospel, traveling missionaries), some pastors (shepherds of His flock) and teachers. 12 His intention was the perfecting and the full equipping of the saints (His consecrated people), [that they should do] the work of ministering toward building up Christ’s body (the church),
13 [That it might develop] until we all attain oneness in the faith and in the comprehension of the [full and accurate] knowledge of the Son of God, that [we might arrive] at really mature manhood (the completeness of personality which is nothing less than the standard height of Christ’s own perfection), the measure of the stature of the fullness of the Christ and the completeness found in Him. 14 So then, we may no longer be children, tossed [like ships] to and fro between chance gusts of teaching and wavering with every changing wind of doctrine, [the prey of] the cunning and cleverness of unscrupulous men, [gamblers engaged] in every shifting form of trickery in inventing errors to mislead.
15 Rather, let our lives lovingly express truth [in all things, speaking truly, dealing truly, living truly]. Enfolded in love, let us grow up in every way and in all things into Him Who is the Head, [even] Christ (the Messiah, the Anointed One). 16 For because of Him the whole body (the church, in all its various parts), closely joined and firmly knit together by the joints and ligaments with which it is supplied, when each part [with power adapted to its need] is working properly [in all its functions], grows to full maturity, building itself up in love.”

2 Corinthians 2-7 “2 I entreat you when I do come [to you] that I may not [be driven to such] boldness as I intend to show toward those few who suspect us of acting according to the flesh [on the low level of worldly motives and as if invested with only human powers]. 3 For though we walk (live) in the flesh, we are not carrying on our warfare according to the flesh and using mere human weapons.
4 For the weapons of our warfare are not physical [weapons of flesh and blood], but they are mighty before God for the overthrow and destruction of strongholds, 5 [Inasmuch as we] refute arguments and theories and reasonings and every proud and lofty thing that sets itself up against the [true] knowledge of God; and we lead every thought and purpose away captive into the obedience of Christ (the Messiah, the Anointed One),
6 Being in readiness to punish every [insubordinate for his] disobedience, when your own submission and obedience [as a church] are fully secured and complete. 7 Look at [this obvious fact] which is before your eyes. If anyone is confident that he is Christ’s, let him reflect and remind himself that even as he is Christ’s, so too are we.”

We are children of God! Not prisoners of our thoughts and emotions or people or our past or the dev

2 thoughts on ““Cat and Mouse Games””